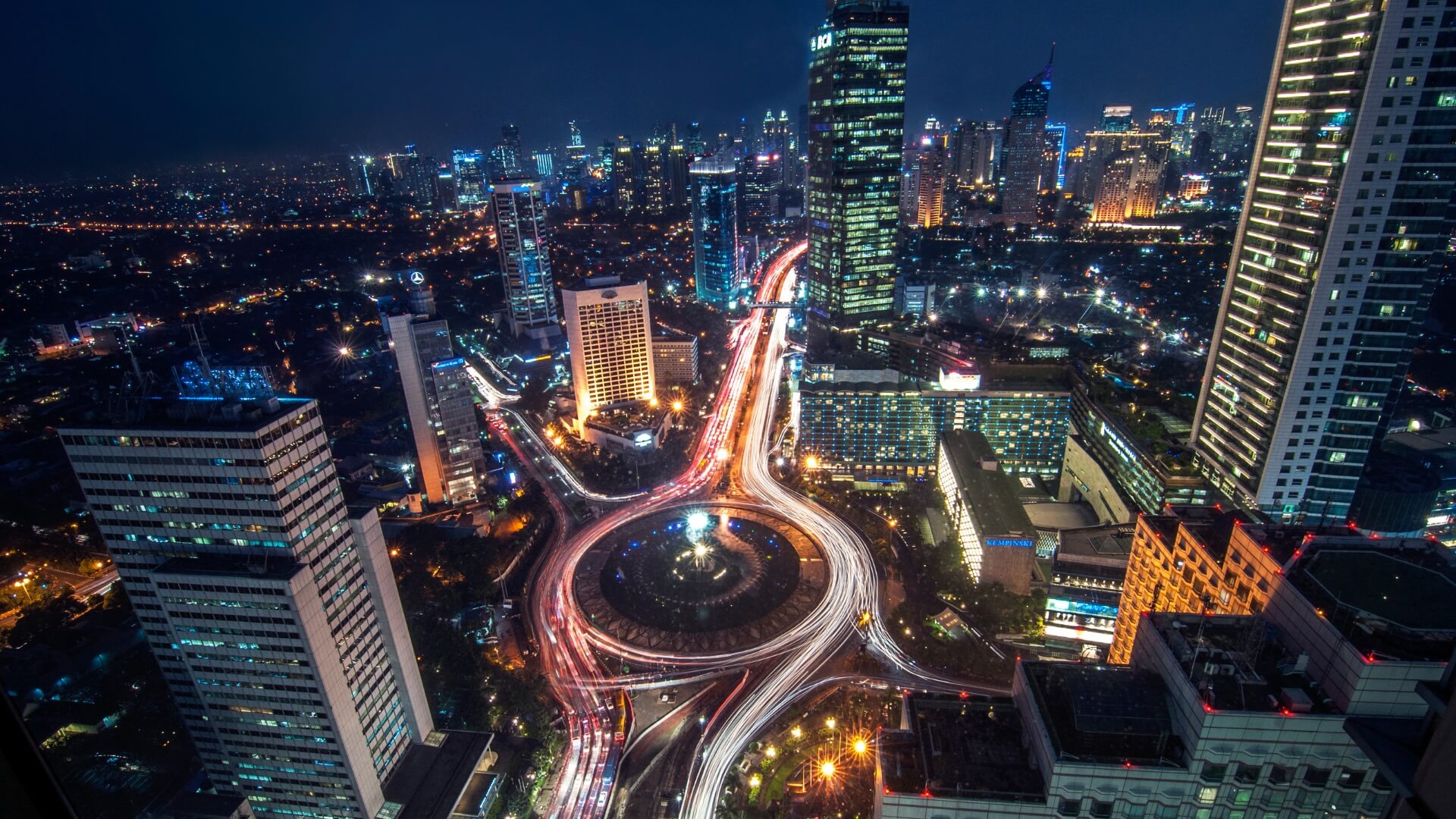 Jakarta is an amazing city that is so much more than just the capital of Indonesia. Despite that, not much is known about the city to outsiders, and even travelers arrive at the airport with little to no knowledge of some of the amazing history that surrounds Jakarta. Today, I have put together a list of 12 amazing facts about Jakarta, so that when YOU visit, you will have a little more idea about what makes Jakarta tick.

This article may contain affiliate links. If you click on those links and make a purchase, at no extra cost to you I will get a small commission. This will go a long way toward keeping this website running. As always, thank you for your support! Click HERE for more information.

#1 Less than a century ago it only had 150k Residents

Despite being founded in 1527, and used by the Dutch East India Company for most of its history as their main trading port, it only recently saw a population explosion. Indeed, only as recently as 100 years ago the population of Jakarta was less than 150k people! These were mostly confined to the “old town” area, now known at Kota Tua, and the ports. In recent years the population as exploded, and now Jakarta ranks as one of the most populous cities in the world with over 28 million calling it home! Only Tokyo is larger than it on the world population index.

#2 Jakarta has over 74 museums

Something that is not very well known, even among the Jakarta locals, is how many museums the city ACTUALLY has! There are over 74 dotted around the city. At Kota Tua, there are at least 9, and in the “theme park” of Taman Mini Indonesia there are 16. If you are interested in museums, then Jakarta is certain to please!

#3 Jakarta is technically not even a city

Jakarta covers just over 4384 square kilometres, and officially is a province. Due to the fact that it is the Capital City of Indonesia, however, it has been given “special capital region” status and therefore is popularly known as a city.

#4 It will not always be the Indonesian capital

In 2019 the Indonesian Government announced that it would be moving its capital to East Kalimantan. This is expected to happen by 2024, and plans are well under way. The reason was cited as overcrowding and the massive traffic issues that are prevalent in Jakarta. Seeing as most of these issues originally came about as a result of the fact that Jakarta IS the capital, it will be interesting to see how they combat them in the NEW capital.

Take a quick look at Facts about Jakarta #8 and you might find another, more urgent reason that the capital is ACTUALLY being moved! My opinion only, however….

#5 Jakarta has over 130 shopping malls

The shopping malls in Jakarta have to be seen to be believed. One of the biggest, Grand Indonesia, has at least 9 floors of shops and stretches over an area that would normally be several city blocks. I have been lost inside of it on several occasions, as have many “locals”. Malls in Jakarta are very well organised too, and arrange the shops to be easy to locate. If you are searching for a phone shop, they are all near each other. This goes for everything, from shoes, to banks, to a certain type of food!

#6 Jakarta has been renamed 13 times

Since the original Dutch settlement way back in 1527 and the name “Batavia” still recognizable today, the official name of the city has changed a whopping 16 times. Besides Batavia, Jakarta has also been known by such names as “Jayakarta”, “Djakarta” and “Yayakarta”.

#7 Jakarta has the worst traffic in the world

The traffic in Jakarta is some of the worst that I have ever encountered, and I was not surprised to find out that it is actually ranked as the worst in the world. Therefore I just had to include it in my facts about Jakarta. Be warned if you are driving in Jakarta that a trip that SHOULD take about 1 hour, will, in fact, take you 3 or 4 hours.

During the pandemic in 2020 when there were lock downs and work from homes, it was very eerie in Jakarta to be able to actually drive on motorways and main roads with freedom. A normal two hour airport run was taking a fraction of the time. Even the skyscrapers were visible, with no smog from the thousands of cars that normally jam the streets.

#8 The city is sinking

One of the interesting facts about Jakarta is that the city is actually sinking! Built only a few meters above sea level on average, the ocean is actually beginning to slowly inundate it. It only takes a drive around the port area at high tide, where you will be driving through several inches of seawater as the docks and surrounding streets are submerged. Experts predict that 95 percent of the city will be submerged by 2050. Not great news for developers!

#9 Jakarta is sometimes known at the Big Durian

You might have heard of New York being called the “Big Apple”. Well, did you know that Jakarta is commonly known as the “Big Durian”? This is a common and well loved local fruit in Indonesia, and especially with Jakartans. It has a very pungent smell, however, and can be an acquired taste, especially to foreigners. In fact, the smell can be so bad that the fruit is actually banned in many public places, especially hotels!

Like many large cities, you will find food that hails from every corner of the world in Jakarta. But did you know that many restaurants and especially street foods are open 24/7? It is true, and it is also not uncommon to see families sitting down to eat at street carts at midnight! Eating is a culture in Jakarta, and if you ever get to know a Jakartan, you will find that out as they introduce you to places to eat in Jakarta that you would never have found yourself. There are no specific meal times for a Jakartan, as one meal literally blends into another.

#11 You are prohibited from driving on every other day

In order to try and combat the massive traffic congestion in the city, the government introduced a program called “odds and evens”. Basically, this means that if your car registration plate ends with an even number, then you can only drive on “even days”. This became a problem for many residents as they could only drive every other day. The solution? Buy a second car! The number of cars in Jakarta then literally doubled overnight and the problem actually became worse. Even so, the law is still in force, so if you visit Jakarta and hire a car, then make certain to inquire about it.

As of mid 2020 the official estimation of population density in Jakarta was around 13,000 people per square Kilometre. That is 50 percent HIGHER than the density of New York City, commonly known as one of the highest population densities in the world!

I hope you have enjoyed my 12 amazing facts about Jakarta. If you are interested in learning more about Jakarta, then click the below link to see all the articles I have posted about this amazing city!

DON’T FORGET to leave a comment below. I promise to reply! 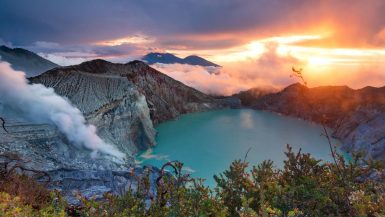 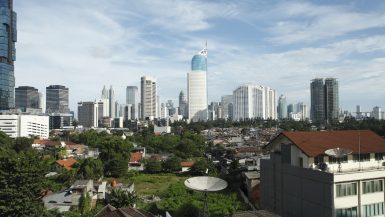 The Other Side of Jakarta 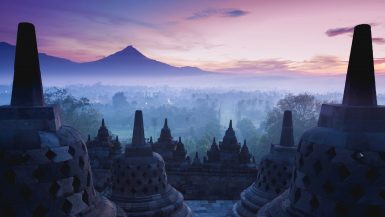 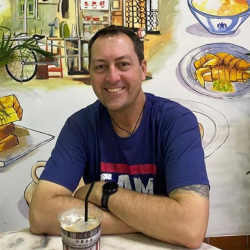 Hi, I'm Jason Lee, a full time traveler and blogger who currently resides in Bali, Indonesia. Thanks for visiting my website!

I created this life of full time travel out of my passion for exploring other places and cultures. My goal with this blog is to bring you all of the tips, hints and ideas that I can, so that you can enjoy all the wonderful places that I do!

If you have any comments or questions, feel free to post them at the bottom of my articles, and I will be sure to respond.

If you see me out on the road, make sure to say Hi! I love meeting people, and am always happy to chat.